The Wylie Police Department completed its first session of the Junior Police Academy this week. The department holds three week-long academies for Wylie ISD seventh and eighth graders each summer. 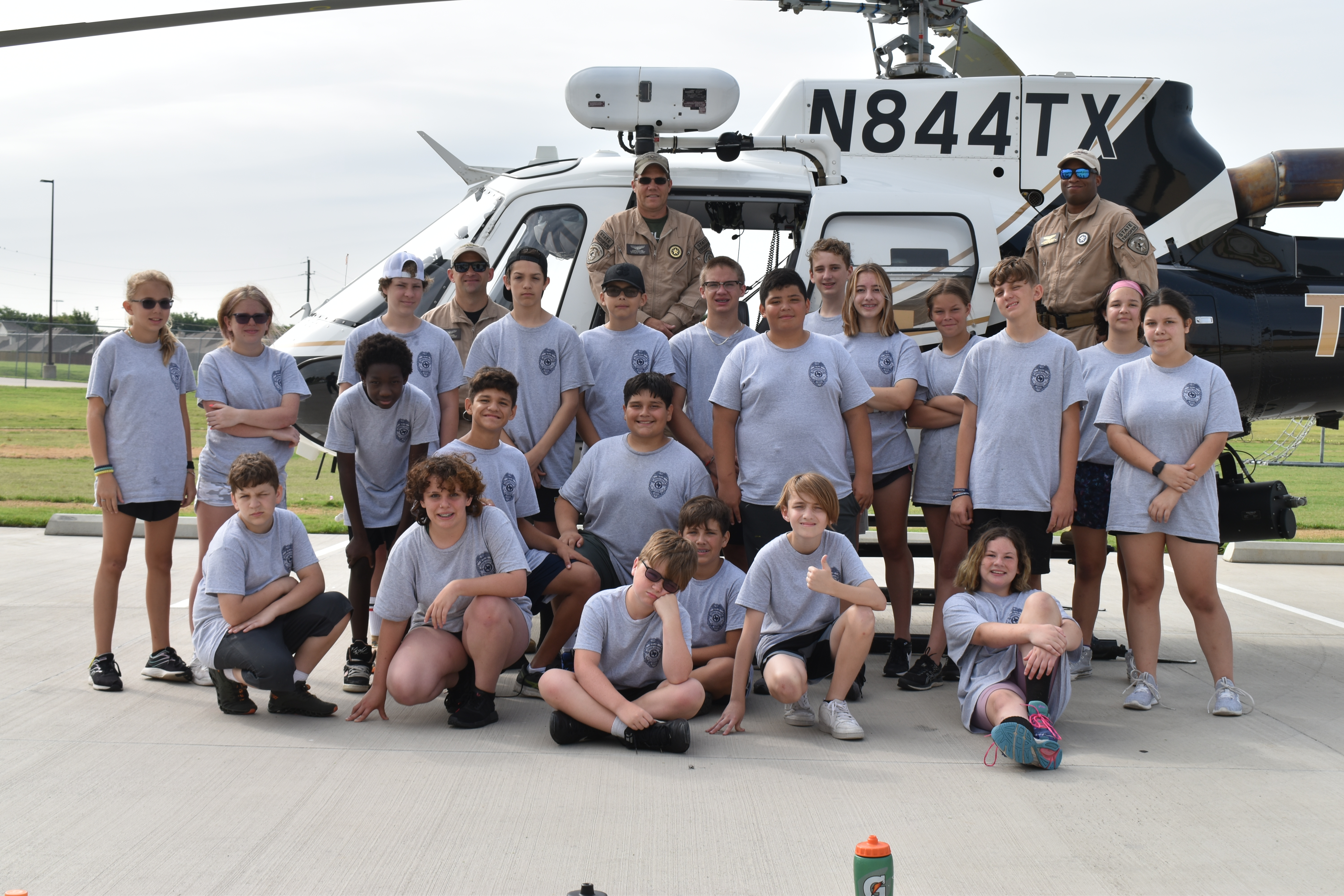 Cadets learned about and explored DPS Air One June 9.

Cadets experienced what police officers learn and are expected to achieve while in a real police academy. Throughout the week, students learned about the Police K-9 unit, investigated mock crime scenes, processed evidence for fingerprints, watched SWAT demonstrations and tried to drive a golf cart while wearing impaired vision goggles.

This is School Resource Officer Michael Stewart’s 13th year to conduct the academy.

“We put the students in a lot of hard situations throughout the week and every single one of them has to find it within themselves to overcome whatever fear or doubt they have and get over that hurdle,” Officer Stewart said. 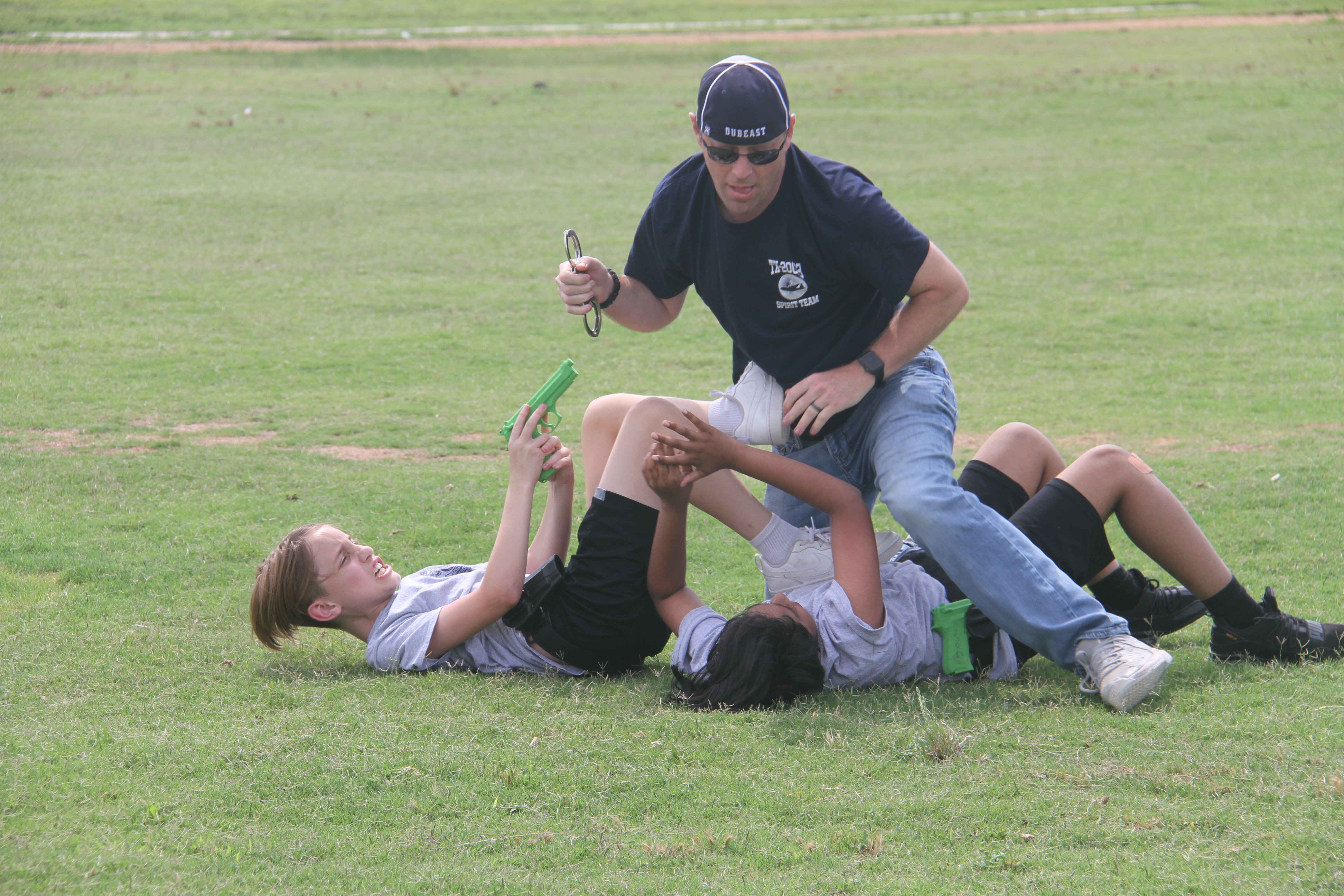 The Junior Police Academy builds confidence in participants and gives them a small peek into what a law enforcement career is all about while participating in mock traffic stops, active shooter drills, patrol tactics, juvenile law and much more.

“The main thing I think the students get out of the camp is a sense of self-worth and confidence,” Officer Stewart said. “We see a big difference confidence-wise from day one when they show up to day five when they graduate.” 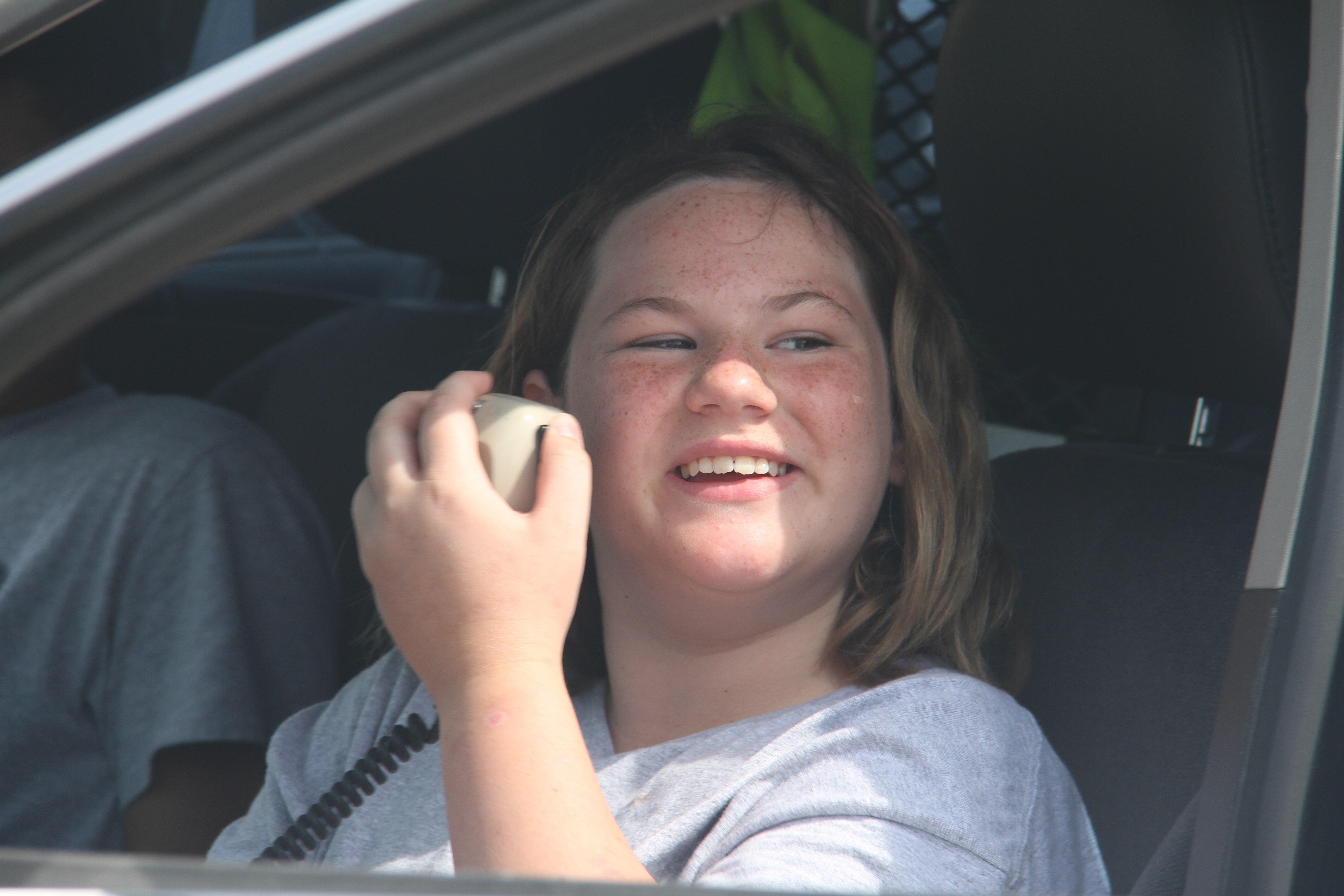 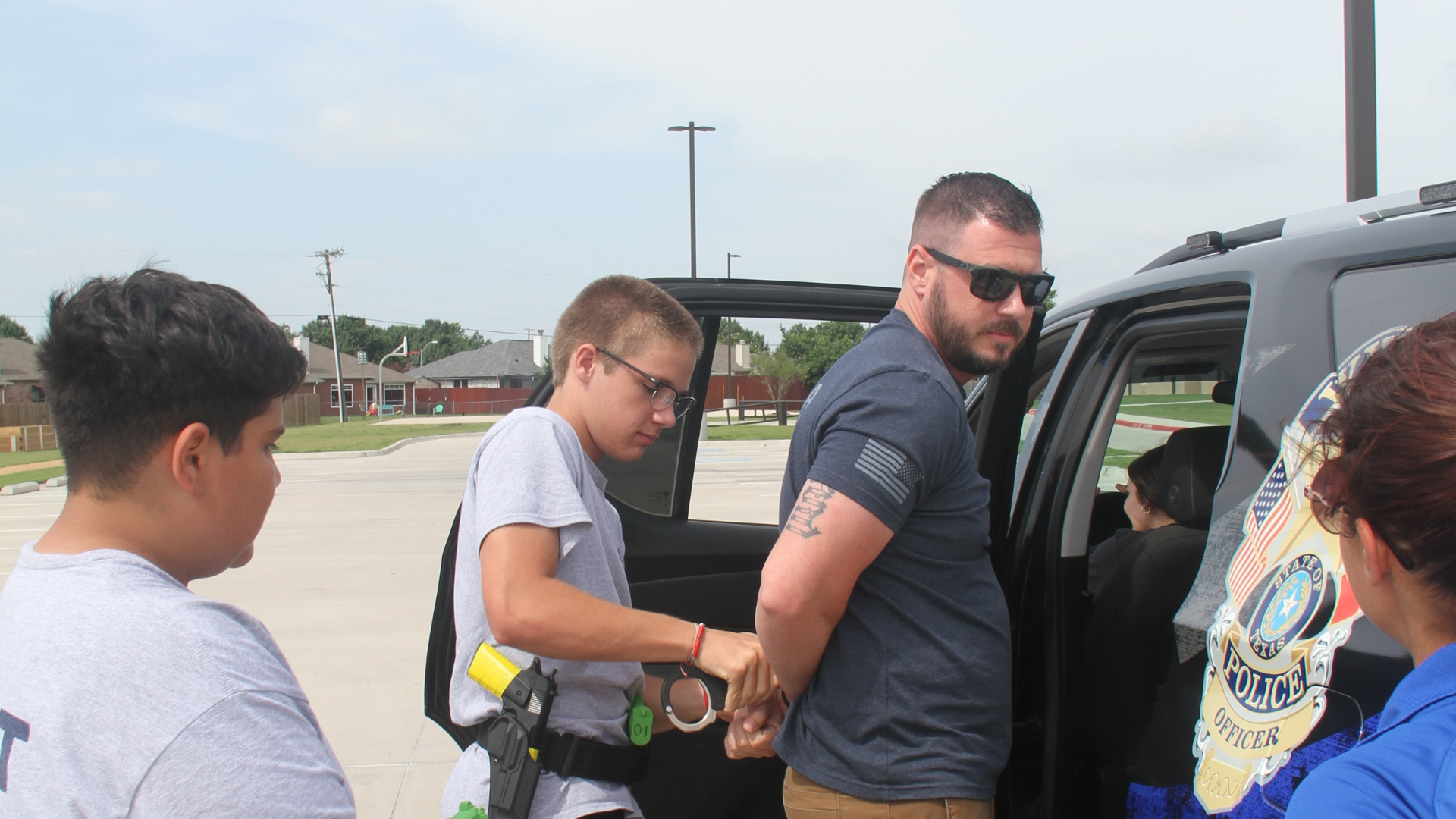 Each academy concludes with graduation.

“I enjoy doing the Junior Police Academy because it gives me a chance to meet the students and interact with them on a more one-on-one basis,” Officer Stewart said. “It helps build that foundation for a good positive relationship between students and the School Resource Officers.” 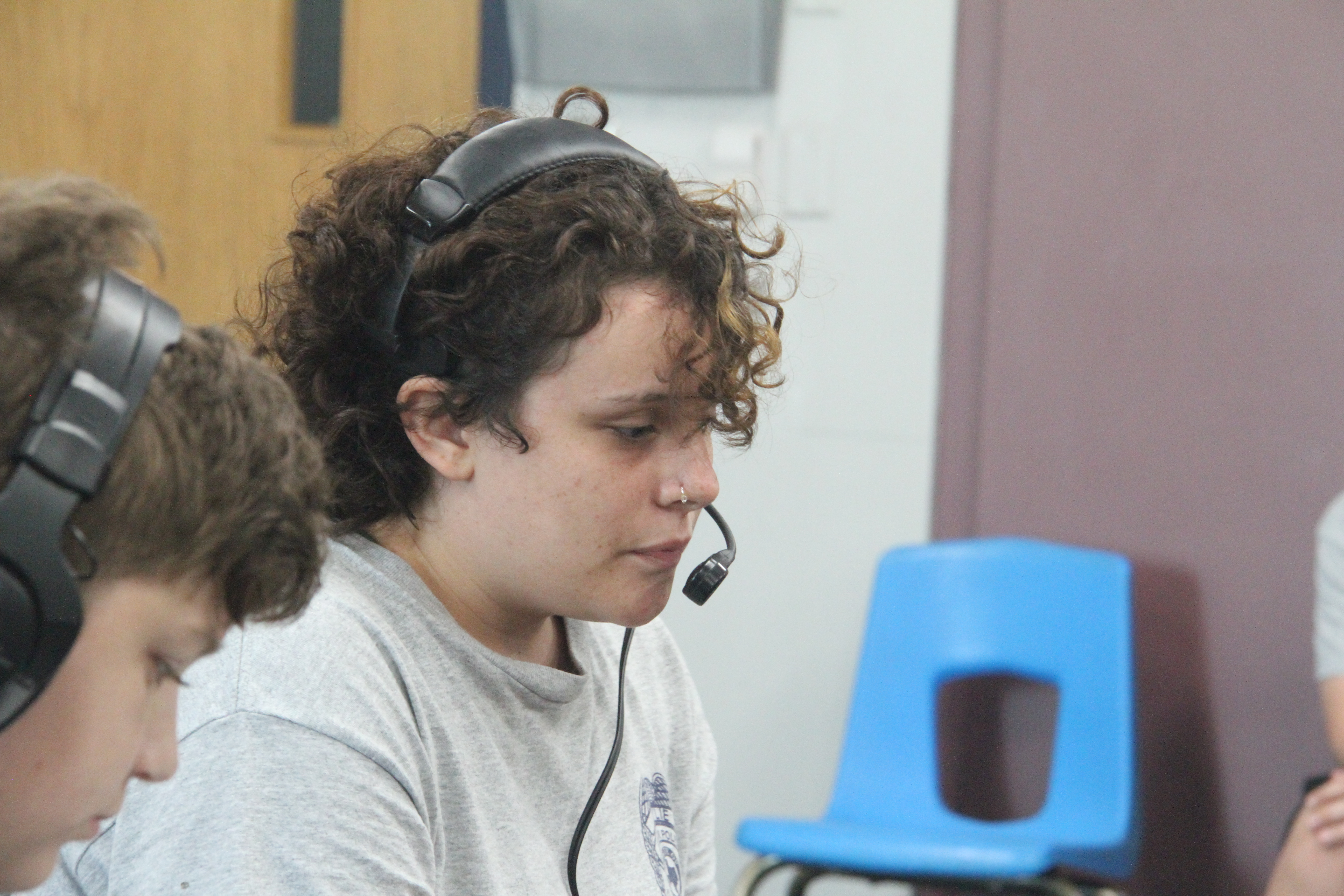 All camp sessions are full and closed for enrolling.

“Students take part in the camp their seventh or eighth grade year, but they will still be talking about it with their SROs their senior year,” Officer Stewart said.