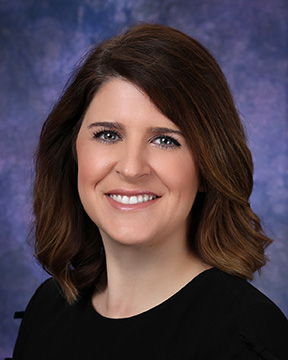 Wylie ISD announced May 5 the appointment of Andie Doty as the district’s new Director of Assessment and Accountability. Doty will assume duties from Judy Bolen, who will retire at the end of the fiscal year.

Doty currently serves as an assistant principal at Wylie High School, a position she has held since 2019. She began her public education career in 2004 in Norman, Okla., before moving to Texas to take a role with Lewisville ISD. In 2006, Doty joined the Wylie family, teaching at Burnett Junior High for a year before moving to the high school level and teaching at Wylie East High School for six years. While at WEHS, she received the school’s 2009 Teacher of the Year honor.

In 2013, Doty left Wylie ISD to teach in Burkburnett ISD, north of Wichita Falls. She returned to Wylie in 2016 to serve as the learning specialist for secondary advanced academics and instructional technology, and in 2017, she was named an assistant principal at McMillan Junior High.

Doty received a Bachelor of Science in Science Education from the University of Oklahoma. She earned her Master of Education in Educational Leadership from Midwestern State University. While pursuing her graduate degree at MSU, Doty was named an MSU Outstanding Graduate Woman Finalist.

Doty resides in Wylie with her family. She and her husband Brandon, a WHS teacher and coach, have two children who attend Wylie ISD schools.