Wylie ISD announced April 28 the appointments of Leslie Coble as the new assistant principal of Wylie High School and Kyle Holder as the new dean of students for Wylie East High School for the 2022-23 school year. These roles are new campus positions to help support the growing student population at both high schools. 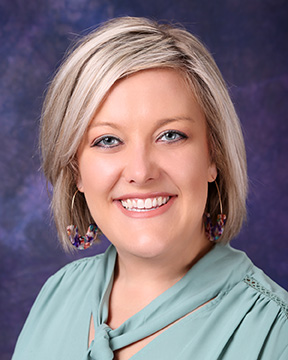 Leslie Coble, Wylie High School – Coble currently serves as an assistant principal at Cooper Junior High, a position she has held since 2020.

Coble’s public education career began in 2008 as a math teacher at Vernon High School in Vernon ISD. She then spent 10 years in Burkburnett ISD. In 2012, she was named Burkburnett High School’s Teacher of the Year, and in 2017, she received the Texas Association of Student Councils District 12 Advisor of the Year honor. Coble joined the Wylie family in 2019 as an assistant principal at Groves Elementary. As a current assistant principal, Coble provides support in campus discipline, attendance and testing plans, and strives to foster positive relationships with students, staff, and families.

Coble graduated with a Bachelor of Science in Mathematics from Midwestern State University. She received her Master of Education in Educational Administration from Lamar University, as well as her principal’s certification.

Holder began his teaching career in 2017 as an eighth-grade history teacher at Whitehouse Junior High in Whitehouse ISD. He taught at the junior high level for two years before moving to the high school level in 2019, teaching world geography at Whitehouse High School. He joined the Wylie family this school year. In addition to teaching, Holder serves as a basketball coach and the Director of Football Operations for the Raiders. During his time in Whitehouse, he coached basketball, football, and track. Holder comes from a family of educators and believes in the importance of relationships and communication.

A graduate of Texas A&M University, Holder received his Bachelor of Science in Interdisciplinary Studies. He also earned his Master of Education in Educational Leadership from the University of Texas-Tyler.