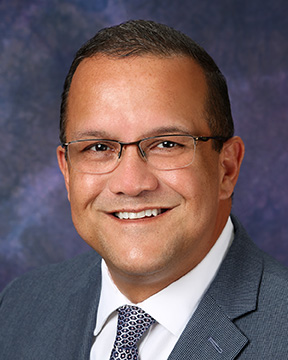 The Wylie ISD has selected Jesse Chavoya as the new principal of Cooper Junior High School. Mr. Chavoya is currently an assistant principal at Lone Star High School in Frisco and will replace Dr. Shawn Miller who is leaving for a position in another district. Chavoya is expected to start on September 14.

“My family and I are excited to return home to Wylie and lead the Patriots,” said Mr. Chavoya. “Cooper Junior High has a history of success in student achievement and maintaining high standards in all that they do. I am looking forward to joining the team and meeting the Cooper community.”

Mr. Chavoya earned an honorable discharge from the U.S. Marine Corps before beginning his teaching career in Garland ISD in 2000. He joined the Wylie ISD in 2010, serving as a teacher, coach, and boys’ athletic coordinator at Burnett Junior High. In 2013 he was named dean of students at Burnett, and then an assistant principal in 2014. The past four years he has been an assistant principal at Lone Star High School. He holds a bachelor’s and master’s degree from Texas A&M-Commerce along with several education certifications, including his principal’s certification.