The Pirate Sails Away 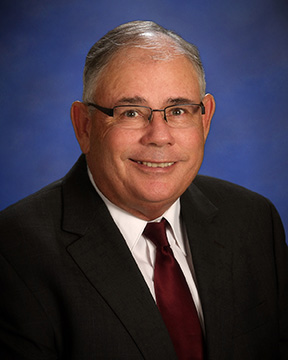 Wylie High School principal Virdie Montgomery has announced his retirement effective at the end of his contract. In true Virdie fashion, the announcement was posted on his Facebook page. During his eight years at Wylie High, he helped raise AHMO to new heights while guiding the Pirate ship through record growth.

“Thank you all for eight of the best years of my life,” said Mr. Montgomery. “Thank you for sharing your kids and the incredible effort and talent they delivered in the name of Wylie High School and AHMO. I know this legacy will continue because of the amazing families and high expectations that are part of the Wylie community.”

Mr. Montgomery began his teaching career in 1977 at Brownfield High School, where he also coached tennis. In 1992 he became principal of Claude High School. From 1994-2006 he served in Levelland ISD, first as principal of the middle school and then the high school. In 2006, he moved to Wylie and served as an AP at WHS for two years. He was the principal of Commerce High School before taking over at WHS in 2012.

He is a member of the Texas Tennis Coaches Association Hall of Fame and currently sits on the national board of Rachel’s Challenge.

Mr. Montgomery was the driving force behind the Rachel’s Challenge Program at WHS. Under his leadership, the program earned national recognition and now serves as the model club for Friends of Rachel clubs across the country.

Among the many highlights, Mr. Montgomery notes these as ones he will treasure:

“I appreciate every kind word, every gesture and even the bribes to stay,” added Virdie. “I am ready to make sure everyone knows this is final. I will always be the biggest Wylie Pirate fan there is.”

The district wishes Mr. Montgomery all the best in the next phase of his life.