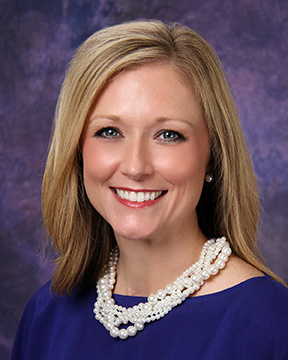 Wylie ISD is proud to announce that Tiffany Doolan has been selected as the Principal of Wylie East High School. Mrs. Doolan is currently the WEHS Associate Principal, and replaces Mike Williams who announced his retirement earlier this year.

“I am humbled to have this opportunity to lead and learn with Raider Nation, and couldn’t be more excited about the future of Wylie East High School,” said Mrs. Doolan. “Mr. Williams successfully created a school community full of tradition, a culture of support and a focus on kids. I’m truly grateful and honored to have worked beside him the past year, and to have the opportunity to learn from the best.”

Mrs. Doolan began her teaching career in 2003 in Round Rock. In 2017, she moved to Wylie ISD, teaching special education at Wylie High School. She taught at Cooper Junior High before being named the assistant principal at McMillan Junior High in 2012. In 2014, she was named principal of Birmingham Elementary School where she served five years before joining the WEHS staff in 2019. In addition to her principal’s certification, she earned her bachelor’s from McMurry University and her master’s from Dallas Baptist University. Her husband, Ben, is a Wylie ISD teacher and their two children attend Wylie ISD schools.