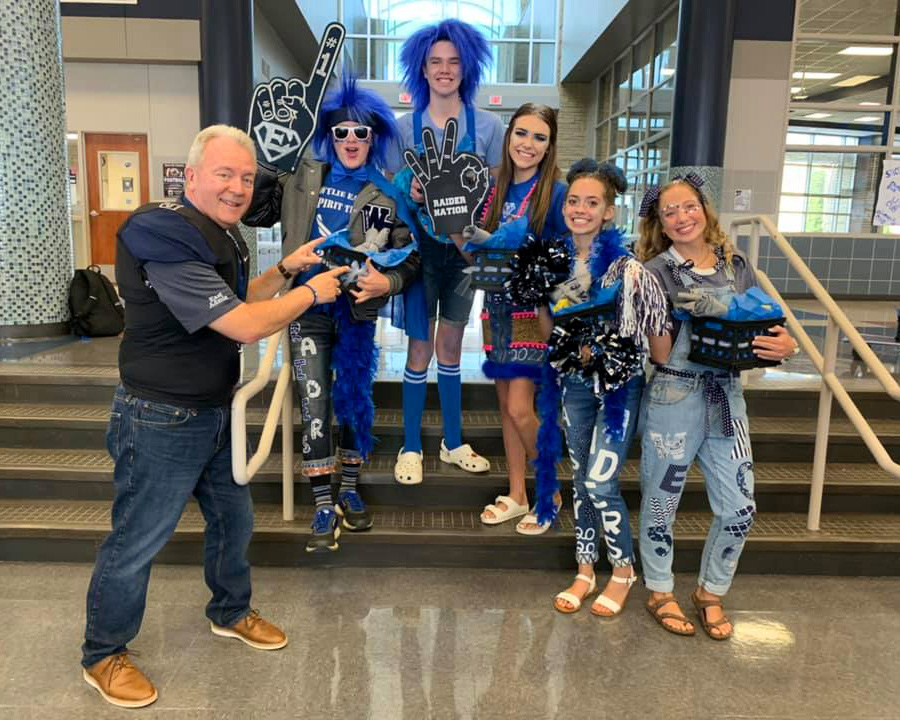 After 38 years as a teacher, coach and administrator, Wylie East High School principal Mike Williams has announced his retirement effective at the end of this school year. Mr. Williams has been the only principal to lead the Raiders. When the school opened in 2007 with just 900 freshman. Today there are 2000 Raiders.

“I know the time is right for me to make this decision on the next chapter of my life,” said Mr. Williams. “I have thought and prayed about it, and while this school year is not ending the way any of us could have imagined, I truly believe this is what is best for me, my family and the Raider Nation.”

Mr. Williams came to Wylie in 1998 and has held a variety of administrative positions at several campuses including WHS, Burnett Junior High and Davis Intermediate. In 2007, he was tapped to open and lead Wylie East High School. He was instrumental in creating many of the traditions that Raiders know and love.

“I am most proud of East’s academic successes, earning a 93 (“A” rating) and seven out of seven distinctions from the Texas Education Agency,” noted Williams. “We are the only campus in Wylie ISD in 2018-2019 to earn all possible distinctions.”

Williams also cited the Pride of the East’s recent top ten rating in the UIL state marching contest as one of the highlights he will most remember.

Other notable highlights of William’s tenure:

“It makes me very happy to see so many of my former students come back to Wylie ISD and serve as teachers to the next generation of Raiders and Pirates,” added Williams.

The district wishes Mr. Williams all the best in retirement and will begin the search for a new principal.