The award is earned by units with the highest per cadet average of community service hours that are planned and conducted by cadets under the supervision of their instructors.

“WEHS AFJROTC completed more than 5,560 community service hours last year, over 39 per cadet,”  WEHS Colonel USAF Charles Brooks McFarland Jr. said. “Wylie East was one of only five units in the state of Texas to earn this community service award.”

According to Colonel Johnny R. McGonigal, Director of HQ US Air Force Junior ROTC, the mission of AFJROTC is to “Develop citizens of character dedicated to serving their nation and community.”

“The importance of service and understanding how it positively impacts our cadets, schools, communities, and our nation is a critical component of what we strive to teach through our program and is a central part of our mission in AFJROTC,” Col. McGonigal said.

This award also recognizes the personal growth and accomplishments of the cadets, contributions of the instructors as mentors, and the support of the school and local community.

Known for its major contributions to Wylie Way Christmas and Holidays, AFJROTC set a goal to adopt 50 tags last year to purchase $7,500 worth of gifts. They surpassed that goal and purchased 70 tags,  $10,000 worth of gifts, nearly doubling the amount of tags they bought last year. 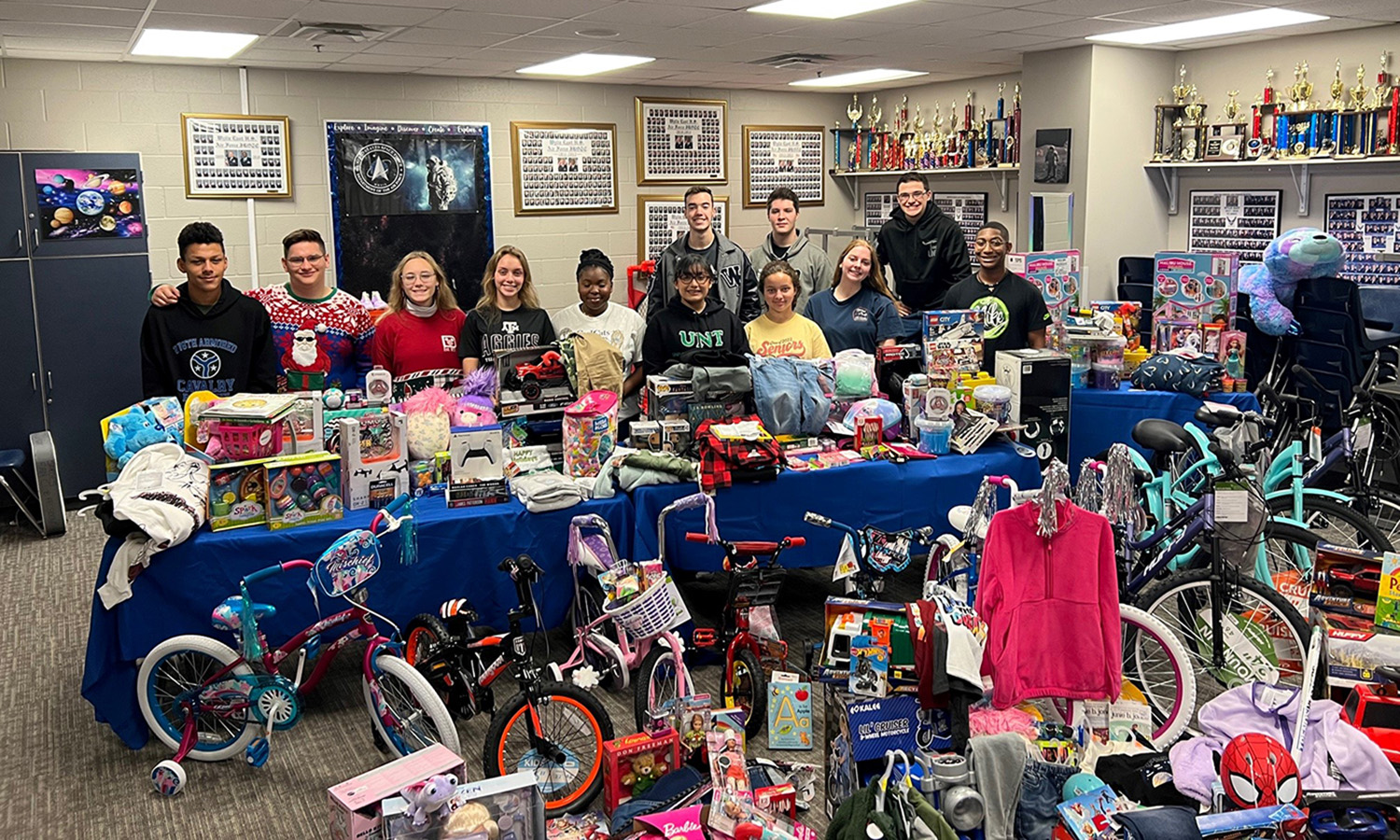 Cadets pose with Christmas gifts they purchased for local children.

This is the fourth consecutive time that WEHS has been selected for this award.

JROTC cadets help out with traffic at the Wylie Arts Festival to earn community service hours.

“This is an incredible accomplishment and all units are congratulated for their efforts in supporting their communities,” Col. McGonigal said. “We recognize that it is not just about ‘hours,’ it is about the positive impact that these hours represent. The cadets, instructors, and schools are to be commended for earning this distinctive award. Well done!”