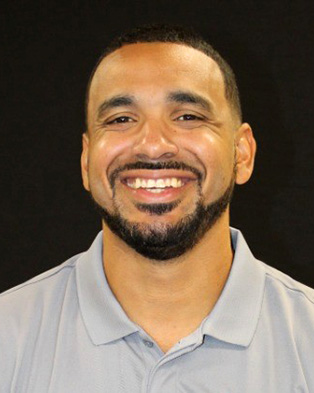 “There is a great feeling when you know you are heading back home!” said Gold. “I believe our staff will bring a new fresh approach to the Raider Nation while respecting the traditions that have made Wylie East athletics excel. Friday Night Lights will be here before you know it, but I know these young men will be ready for the challenges ahead.”

“We are very excited that Coach Gold has accepted our offer to become the next Campus Athletic Coordinator and Head Football Coach at Wylie East High School,” said Kyle Craighead, Wylie ISD Executive Director of Athletics. “He brings 11 years of Texas high school coaching experience back to the Raider Nation. Two of those years were spent as an assistant coach at Wylie East, including the 2012 season when the Raiders advanced to the 5-A Regional Final.”

Coach Gold began his teaching career in Ennis ISD in 2010. He joined the Wylie East staff in 2012, serving as the varsity secondary coach and head recruiting coordinator. He also coached varsity boy’s track. In 2014 he was named the varsity defensive coordinator at Irving High School. He moved to Whitehouse in 2014 and served in several roles before being named head coach in 2018. He guided the Wildcats to a regular season record of 22-8 and made the UIL State 5A playoffs all three seasons as head coach. He was picked as a “Top 40 Coach under 40” by Dave Campbell’s Texas Football in 2019 and 2020.

Gold was a two-year letterman at Texas A&M playing on the Aggies defense and special teams. He was named to the Big 12 Commissioner’s Honor Roll. He earned his bachelor’s degree from Texas A&M University and holds several education certificates.