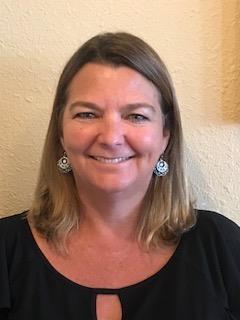 I have been happily married for 35 years to Daron and we live in Josephine.  I have been in education for 31 years. We have three grown children and two beautiful grandbabies.  We enjoy spending time together.  We travel, spend time outdoors and get together often for family meals.

I grew up in Wylie and graduated as a Wylie Pirate.  I attended college at East Texas State University, today Texas A&M Commerce, and Collin County Community College.  I graduated from Texas A&M Commerce in 1991 with a B.S. in Elementary Education.  I obtained my master's degree in Educational Leadership from Lamar University in 2015.

I began my teaching career in Princeton and taught 3rd grade for one year.  I came to Wylie Middle School in 1992 and taught 6-8 grades in multiple subjects until 1999.  Our twins were entering kindergarten and I chose to teach with Community ISD.  I taught 3rd - 5th grades until 2005.  From 2005 - 2008, I was an instructional coach at Davis and Harrison Intermediates with Wylie ISD.  In 2008, Our children were entering high school at Community and I wanted to be available for their school activities, so I went back to Community.  In 2015, I became the counselor at Edge Middle School with Community ISD.  I remained in this role until 2018.

My role at Wylie East is to serve as the campus testing coordinator and section 504 coordinator.

I am a proud member of the Raider Nation!