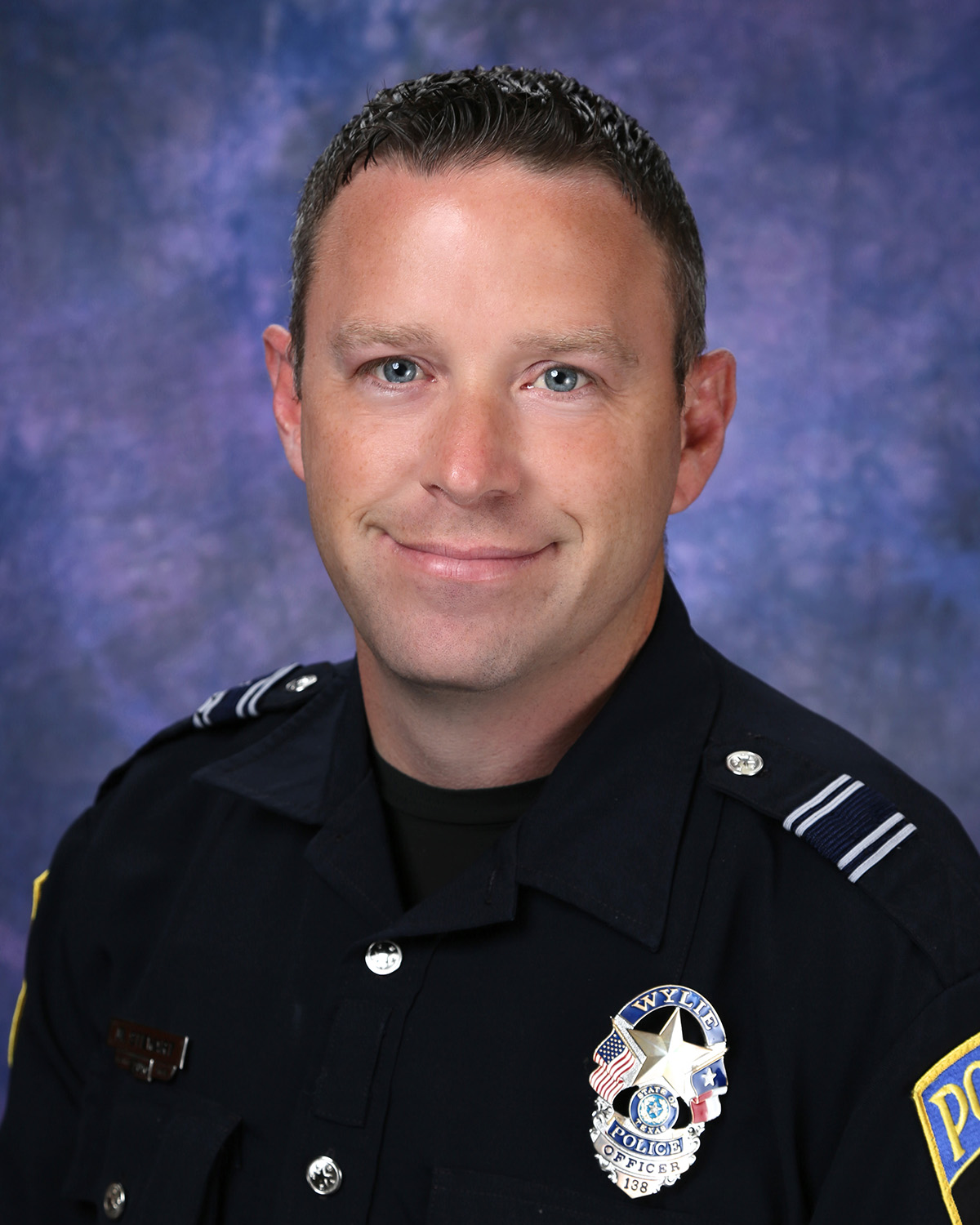 I have been in law enforcement since 2002 and have been with the Wylie Police Department since 2010. The 2020-2021 school year will be my 10th school year of having the privilege of serving as a School Resource Officer. I served in the Navy for 8 years as a Master-At-Arms (Military Police) before getting out and joining Wylie PD.

Wylie in the Navy I served on the Special Response Team (SRT) and served as a Personal Protection Officer for several high ranking government officials.

I hold a TCOLE Master Peace Officer Certification. I have a Bachelor of Science in Criminal Justice and Law Enforcement Administration from the University of Phoenix and I am currently working on my Master’s Degree.

I am married and my wife is a teacher at an elementary school in Wylie ISD, we have 3 children, a son named Jacob and two daughters named Madisyn and Austyn. We have two dogs a Chocolate lab named Bear and Corgi/Beagle mix named Belle. I love spending time with my family watching movies and sports.